Since its modest beginnings in 1989, the American Lobster Settlement Index has grown to an international collaborative of marine resource agencies, academic and lobster industry partners in New England and Atlantic Canada. ALSI participants use a standardized monitoring protocol to keep their finger on the pulse of baby lobsters repopulating rocky, coastal nurseries each year. Monitoring lobster nurseries involves two methods: diver-based suction sampling, the longest-standing approach, and vessel-deployed collectors, a more recently developed tool that is used where diving is unsafe or impractical. Data are pooled from some 100 sites from Rhode Island to Newfoundland into a centralized data base managed by the University of Maine and the Atlantic Coastal Cooperative Statistics Program. The ESIP Reporting Tool includes a selected data set representing average densities of young-of-year and older juvenile lobsters for 16 multi-site study areas with the longest settlement time series sampled by the diver-based method in the Gulf of Maine and southern New England.

Fishery scientists and managers on both sides of the border use ALSI data as a first indication of the strength of incoming lobster year classes – the product of each summer’s larval hatch. ALSI time trends in settlement have already proven useful in stock assessment as an early warning system for trends in lobster harvests.

But the ALSI collaborative not only wants to assess the forecasting power of the settlement index for the fishery. Current research supported by NSF, NOAA and Environment Canada, led by the ALSI partners aims to gain a better understanding of the environmental drivers of recruitment variability. Because larval settlement is such a pivotal time in the life history of lobsters, its patterns in time and space, coupled with other environmental indicators, can speak volumes about the factors ultimately influencing recruitment to this most commercially valuable of the Gulf of Maine’s fisheries. 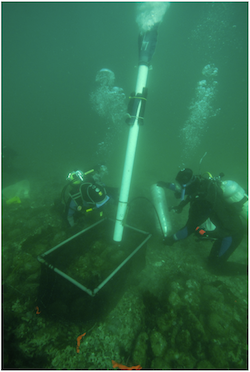 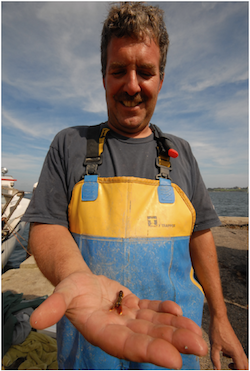