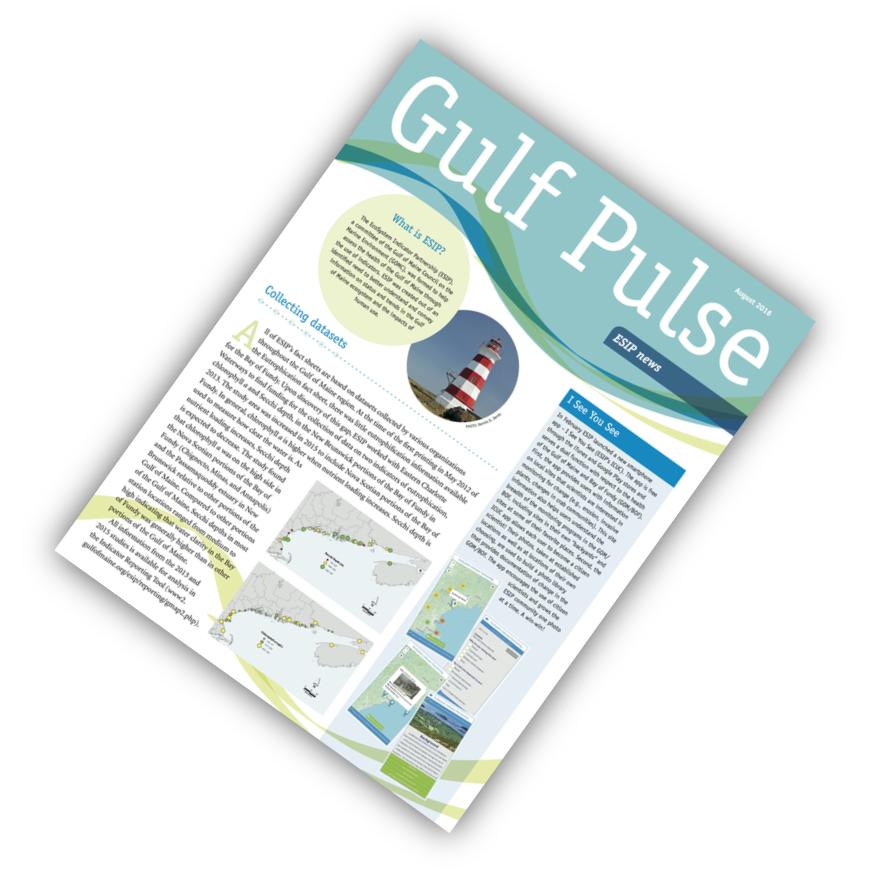 It’s here! The August 2016 Gulf Pulse is available. Stories in this issue of ESIP’s newsletter include:

▸ An introduction to the Fisheries Fact Sheet

ESIP is presenting at many meetings this Spring

If you’re going to be at NEAEB (New England Associations of Environmental Biologists) or The Maine Sustainability and Water Conference in April be sure to come say “Hi!” at ESIP’s poster. ESIP will also be giving oral presentations at the Penobscot Watershed Conference and New England Estuary Research Society in May.

ESIP was recently mentioned in a poster presented to NEAEB (New England Association of Environmental Biologists) — Check it out! 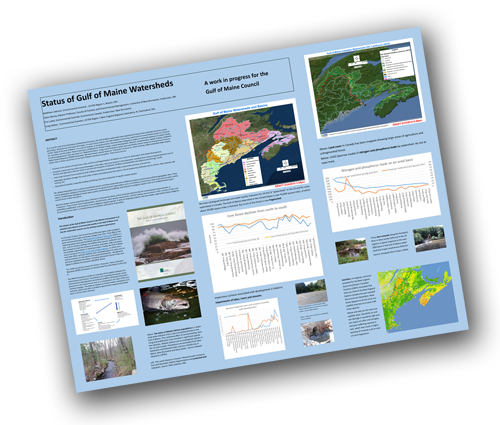 New ESIP Project in the Bay of Fundy

ESIP Out and About

ESIP recently presented at the Acadia Science Symposium and the Regional Association for Research on the Gulf of Maine (RARGOM) in October. You can access either the ESIP poster by clicking here.