The Fishermen and Scientists Research Society (FSRS) and the Gulf of Maine Lobster Foundation (GOMLF) held their bi-annual Collaborative Lobster Science Workshop on February 19, 2013 in Truro, Nova Scotia.  The theme of this year’s workshop was Promoting International Collaboration.  The goal of the workshop was to gain a better understanding of the different types of research taking place on both sides of the border and to identify opportunities for cross-border collaboration. 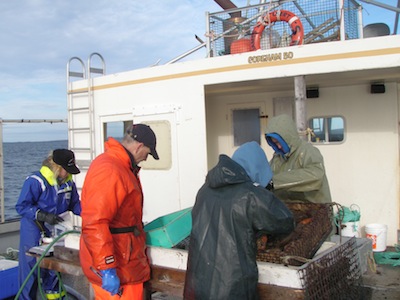 Attended by more than 120 fishermen and scientists from both Canada and the US, the workshop included a diverse series of presentation, dealing with everything from determining age of lobster, size at maturity, larval production and settlement and lobster moult and quality, to alternative baits and efforts to address growing concerns about derelict fishing gear.  Copies of the presentations will be available at http://www.fsrs.ns.ca/workshops.html  in the near future. A workshop report is also being prepared and will be available in early summer on the FSRS website and in hard copy upon request.

One of the projects highlighted at the workshop was the FSRS Lobster Collector Project, a collaborative project between the FSRS and Fisheries and Oceans Canada (DFO) formed to better understand the settlement of Stage-IV lobsters in deep and shallow areas at selected regions along the coast of Nova Scotia.  Settlement collectors using a design from Richard Wahle and co-workers in the United States were first deployed in Lobster Bay (Argyle) in 2007.  The objective of the project is to develop an indicator of settlement strength.  The collectors are also a potential tool for biodiversity research, which enables us to study ecosystem interactions such as predation. 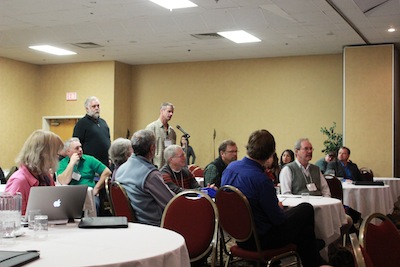 The FSRS Lobster Collector Project is part of a larger international collaborative effort which has resulted in the largest scale synoptic view of lobster settlement ever conducted, from Rhode Island to Newfoundland.  The regional projects are working together through the American Lobster Settlement Index (ALSI) Collaborative.  Canadian ALSI collaborators, including the FSRS, DFO and the University of New Brunswick, are working with US ALSI collaborators led by Rick Wahle at the University of Maine to better understand the dynamics of settlement of American lobster and to develop an index on annual settlement that will be useful for predicting future recruitment into the lobster fishery.  The work in Canada complements an index of lobster settlement in the US that has been measured in several locations for more than 20 years. 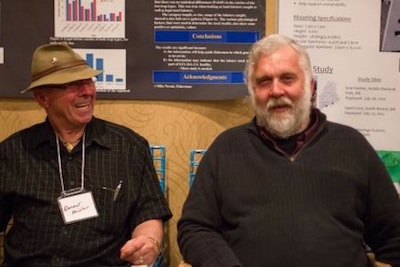 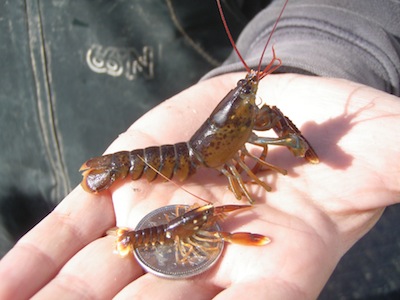 To learn more about the FSRS and its numerous research projects and communication/outreach activities please check out our website at www.fsrs.ns.ca or contact Patty King, FSRS General Manager, at info@fsrs.ns.ca, 902-876-1160.

Other News in the Gulf of Maine & Bay of Fundy

Febuary 2015 — ESIP releases new smartphone app connecting people in the Gulf of Maine and watershed to the science happening all around them.

November 2015 — The launch of a marine debris program in the Bay of Fundy.

July 2015 — An update from the April 2015 State of the Bays Symposium in Massachusetts.

December 2014 — The American Lobster Settlement Index is an important project that assesses current lobster fishery condition in both Canada and the US. The dataset is current and available through the ESIP Indicator Reporting Tool