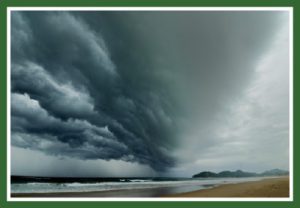 Climate change, or the altering of long-term weather patterns, is already happening and represents one of the greatest environmental threats facing the planet. The Fourth Assessment Report (2007) of the Intergovernmental Panel on Climate Change (IPCC) shows that the Earth’s average surface temperature has risen by 0.76 °C since 1850. The northern hemisphere is substantially warmer than at any point during the past 1,000 years. Most of the warming over the past 50 years is very likely to have been caused by emissions of carbon dioxide (CO2) and other ‘greenhouse gases’ from human activities. Today’s atmosphere contains 32 per cent more carbon dioxide than it did at the start of the industrial era. Levels of methane and carbon dioxide are the highest they have been in nearly half a million years.

Global temperatures are predicted to continue rising. Without action to reduce emissions, the global average temperature is likely to rise by a further 1.8 – 4.0 °C this century. This will cause changes in weather patterns, rising sea levels and increased frequency and intensity of extreme weather events such as storms, floods, droughts and heat waves. Such climatic events can have major social and economic impacts including on households, businesses, critical infrastructure (transport, energy and water supply), and vulnerable people (elderly, disabled, poor income households), as well as having an impact on ecosystems and biota.

The Gulf of Maine Council recognizes the importance of climate change to the Gulf of Maine, its ecosystems and people. The Climate Change Network Task Force (CCN) was created in 2003 to develop adaptation strategies, encourage research and provide information to managers.

In addition to the Actions and Responses described in each theme paper, many different organizations have developed guidelines, codes of conduct, best management practices, or other types of advice aimed at addressing the issues described in the theme papers. Some of the guidelines related to Climate Change can be found here. These links are maintained by outside agencies and are provided for information purposes. The linked documents are not endorsed by the Gulf of Maine Council on the Marine Environment.